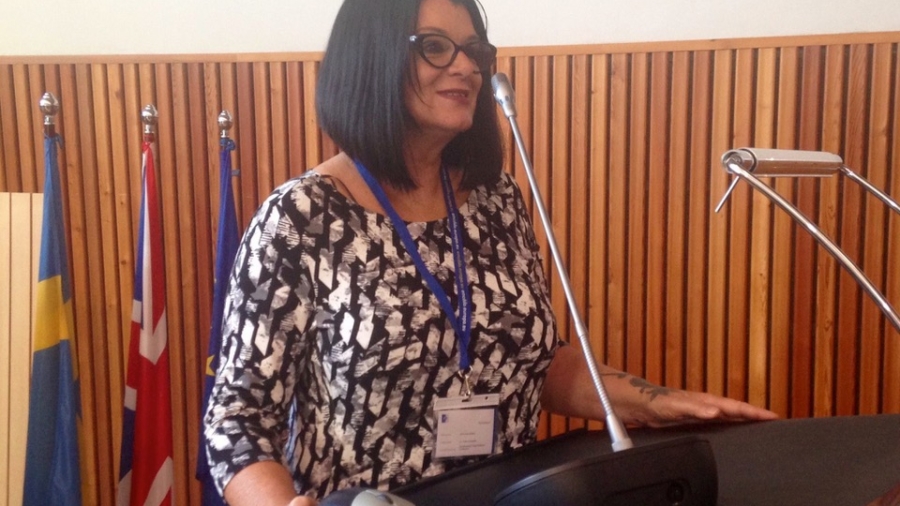 Anni Hine Moana, my guest this week on ‘Talk the Walk’ has over 40 years of experience from counselling in alcohol, drugs, gambling and mental health to supervision, lecturing and curriculum development.  This is a fascinating conversation with a researcher whose passion is to see tangible outcomes for Aboriginal people accessing appropriate counselling services.

Anni completed a Masters of Counselling in 2011 exploring the case for the inclusion of Narrative Therapy in counselling for Indigenous AOD clients.  Anni is now undertaking her phD on the ‘relationship between the self-conscious emotion of shame and alcohol, experienced by Australian Aboriginal women living in urban and regional areas’.  In this episode, Anni talks about her early research findings and the implications for social workers and other allied health professionals in their clinical work.

To listen to this episode simply click on the Play button below or listen via the Stitcher App for iOS, Android, Nook and iPad.

You can also subscribe to podcast and blog updates via email from the Menu on the Home Page.

‘Settler colonialism and the elimination of the native’ by Patrick Wolfe

Stan Grants speech on racism and the Australian dream

Tree of Life by Ncazelo Ncube

‘Our Own History Book: Exploring culturally acceptable responses to Australian Aboriginal women who have experience of feelings of shame and are seeking counselling for problems with alcohol’ by Anni Hine Moana

Re-storying alcohol use amongst Aboriginal Australians. by Anni Hine Moana

Follow Anni Hine Moana on academia.com or email at annihinemoana(at)gmail(dot)com Last week I was stopped in the street by a young man, expecting to

be asked for three dollars to catch a bus.  I know him from not that many years ago when working on the Tiwi Islands.   He held down a respected community job assisting people to access legal services and he appeared to have a good support network of likeminded young men.   I don’t know what bought him to Darwin, but now like many of his fellow kind, he finds himself stuck here, homeless in the long grass.  Despite accessing rehabilitation, he stood before me, the overpowering scent of alcohol on his breath and a bloody, egg shaped lump on his forehead.  I’d never seen him looking so dishevelled, desperate and lost.  Before he could ask me for the dough, concerned, I quickly interjected “what happened?  Are you OK?”.  He replied politely and articulately, he had been beaten by his partner and that he really should leave the relationship.  When I asked what stops him from leaving, he replied he couldn’t go back home because he wouldn’t be welcome there.   My heart sank in sadness.  He continued “you know I’m gay right?” and proceeded to tell me that he was worried about what the mob back home think about him.  I knew there were plenty of young men back home just like him and they have developed a really strong network with each other.  Attitudes are changing.  “What matters most is what is in here…” I said, resting my hand on his chest “what you think about yourself, not what others think about you”.  He looked hard and deep into my eyes, eventually brought our conversation to an end and turned to walk off.  I noticed he had not asked me for any money this time.  I wondered whether my offering was better than three dollars?  Might this small conversation of care and concern be enough for him to consider returning home?

With the prodigal son story in the back of my mind, I couldn’t imagine anyone returning home from their community after such a long time away would be ostracised, but instead welcomed home with open loving arms.  And I was right.  My guest bloggers this week – Elaine Tiparui, Cathy Stassi and Patricia Munkara – confirmed my hunch that family do worry and care about their lost loved ones living in the long grass and want them all to come back home.  It doesn’t matter what they have done or who they are.  They are still family.

1.  Tell them “Believe in Yourself”

Cathy says  “They’ve got to believe in themself.  They’ve got to say ‘I put trust in my family’.  It’s a big step, but they could say, ‘yes I need to go home’ and see if it’s going to work.  [They can] take pride in who they are.  Throw away the shame.   Go and deal with the problem.  Face it and I’m sure their family will have an open arm for them.”
We use tough love with our families.  When they take the first step and take responsibility for their actions, we will be there for them.

2.  Give some practical help

Patricia says “Some long grass people, they get phone calls from family, from us.  And then they want to go back home.”    So ask them for a phone number that a family member can ring them on and help them to reconnect.   Whenever Elaine sees a longgrasser in town, she sits down, talks with them, meets their friends and offers to buy some food instead of giving money which might be used for grog.  We can talk to them about what is happening and if they are in trouble help them to find a solution.  They might agree to come back home if they can see we care.
A few years ago concerned Tiwi Elders had a meeting in the long grass and they helped Tiwi people return home, with financial support from Larrakia Nation.  Elaine says “I tell them you have to look after yourself.  If you need to talk to me again, you come and see me and I’ll put you on the plane.”

3.  Help them reconnect with family

“Some of them haven’t been back since they were kids.  They might have grandkids they’ve never met.” says Cathy.  “The kids need to know who they are and he needs to learn where he stands with the kids.  The kids might be missing out on the knowledge that they’ve got.   They might need to connect with family that have passed away.  They should go and visit their grave.  And tell them, ‘I’m back home’”.
“When they say that’s my friends there” in the longgrass, Elaine is quick to remind them about their “grandchildren, mum, Auntie and sister” back home.

4.  Remind them of their country

There are old people that can take them out bush when they come back home.  “Eat some bush tucker, we say that to them” says Patricia.  “Get some fresh air, sea, water, food.  Go home, back to our country.  Try something new.   Instead of doing the same thing.  Because some have been away a long time.”  Elaine says “It’s up to them, not us, but we can heal them”.   They can throw all the bad stuff into the fire.

5.  Help them to see they are missed

For every Tiwi longgrasser living in Darwin, there is a family member back home that cares and worries about them.   Cathy says “They are being missed.  There’s always a safe place for them to go; a person there, to talk about the issue that they’re facing.”   Elaine says “no one judges them.”

We can all feel a bit helpless at times, when we see a homeless person on the street.  But you never know where a small conversation of care and concern will take them.  Do you know their story?  What thoughts and feelings might be stopping them from going home?  This may be the first small step on the road to healing for our long grassers.
If you or someone you know living in the long-grass needs support, we recommend Larrakia Nation to continue the conversation and help our mob get home.

* According to Wikipedia, long-grasser is a contemporary word for a fringe dweller who camps “on the outskirts of Australian towns and cities, from which they have become excluded, generally through law or land alienation.”  It is especially relevant in “Northern Australia where year-long warm weather conditions allow itinerant Aborigines to live indefinitely on the outskirts of towns without official places of residence.”