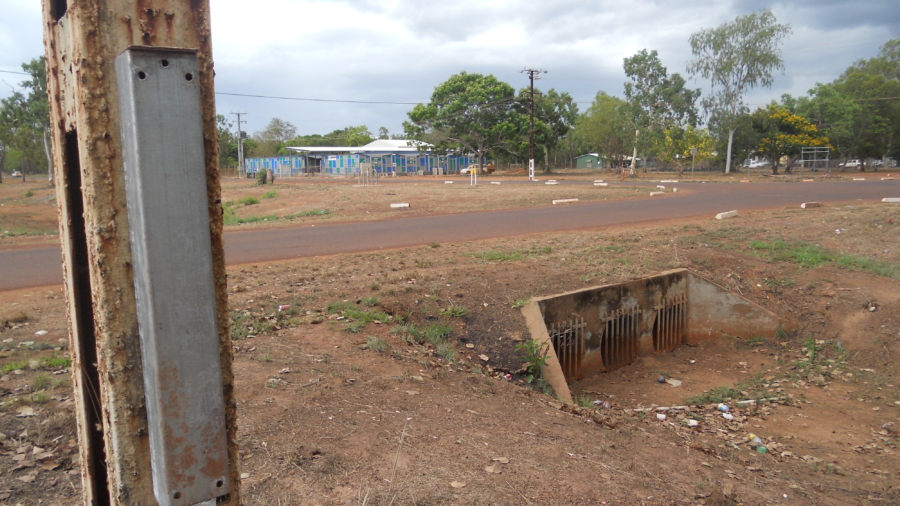 by metaphor with No Comment Community WorkCross Cultural practiceSexual health When I first met Anne Davis back in 2007, she was sitting on the ground weaving baskets at the Women’s Centre or sleeping out under the stars with young girls and Strong Women.  This is not what you’d expect of your average sexual health nurse, but then, working in remote Aboriginal communities is not your average gig.  I liked her immediately.  There was something about Anne’s approach that really connected with people and earned her huge respect.   Now the remote communities in which she works has some of the lowest rates of sexually transmitted infections in the Territory, so she must be doing something right!

We know a lot about the effects of intergenerational trauma such as domestic and family violence, alcohol and drugs and forced removal.  But what about the social effects of unsafe sexual practices?  In most cases, unsafe sex is closely linked with these other social ills.

So what exactly is the extent of the problem?  Well, Aboriginal people across Australia are more likely to be diagnosed with an STI than non-Indigenous Australians.  Notification rates for STI’s in the NT are much higher than rates for Australia.  In 2011, chlamydia was three times higher and gonorrhoea 16 times higher.  Although declining since 2006, syphilis is also higher than other states and territories.

So what does this mean for Anne and her work in remote communities?  One of the biggest challenges is getting the message out to young kids as young as ten, who are starting to have sex.

“We’d like to be able to engage with the 10-15 year olds and talk to them around sexual health and get them in for testing, but there’s legal barriers.  We are not allowed to offer young people tests between the ages of 10 and 15.  The legal age is sixteen.  It’s often after they’ve had sex or an unpleasant experience or when we find someone who has a sexually transmitted infection, by then it is too late… That’s a devastating outcome.”

Other barriers include lack of access to services, lack of privacy or the stigma associated with going to the clinic.

Although it appears not much headway is being made across the Territory, in some specific communities Anne says “we are getting results”.  One of the key strategies is community education.  For Anne, this sometimes means packing up the swag and heading out bush.

“For a long time I just sat and made baskets with the women.  It took me a long time to actually broach the subjects around sex and women’s health.  In fact, I don’t think I ever did.  They actually took up the questions with me.  We started with putting education into the school, because that’s where [the women] felt the education was needed.   Now I’ve got organisations like Youth Justice coming, to let me know they’ve got [Alchohol and other Drug] funding and I go talk to the Strong Women for them….[These issues] are quite linked because of the risk factors of alcohol and other drugs, and young women and young men having sex earlier and unsafe practices.  We try to prevent those things from happening by going on bush camps [with young people].  There’s a certain amount of peer education that comes out of that.”

“There’s strong women in the community that have a strong passion for women’s health and teaching women about sex… Strong men turn up to those camps too… It’s a bit of introduction to life in a way because the young women are expected to manage the camp, do the cooking, feed the Elders, Elders tell the young people what they expect of them.  The young women cook and the older women might make damper for the younger kids.  They open up the sessions with a prayer.  I don’t tell anybody what to do… They tell us exactly when we can do the education, the time, the exact subjects that we’re allowed to talk about.   And usually it’s about sex, how it works and safer sex practices, [the Elders] really want them to understand that.”

Although Anne has a suitcase of educational resources in tow, she doesn’t always use it.  Often it’s about making the most of a moment, allowing people to share their story, in their own time, in their own way.  Although not trained in narrative or art therapy, Anne often uses drawing and storytelling in her work, a gentle approach of intuition and creativity.

“The Strong Women would have given us the theme… something simple like “tell us something about you and your family that is really positive and something that you’d like to change”.  Out of that came all the alcohol stuff and the cigarettes and the dysfunction and wanting to get a job or have a baby….  We just put out a great big sheet of calico and people just chose their place around it, where they wanted to draw.  And art materials were there.  They chose whatever colours they wanted, and however they wanted to draw.  And we just walked around and talked to the family once they’d done their drawing.… That was when I met these two girls whose families had been absolutely torn apart through drugs and alcohol and domestic violence.   And we were able to offer support.  There were tears.  And with family there, those young girls, they felt supportive in that environment.  The drawing allowed them to kind of feel safe.”

What starts as an intention to do community education out bush can turn into a life changing conversation.

“There have been women who’ve said through drawing and talking, that alcohol and domestic violence caused extreme family dysfunction and that they’ve wanted to reshape their lives.  We have been able to get people into rehabilitation programs.   It’s been a long term sort of thing.  Recently, I came across one of the girls who remembered me…  she’d changed quite a lot.  She said to me she was still with the same partner, she’d given up drinking but she’d been in a lot of trouble after the camp with drinking and she’d been bashed up…  She had even been incarcerated… But she’d come through the other side of that and feeling really positive.  She said she has a lot to contribute to her community now.   She feels a lot more confident… she can be a leader.“ And of course, Anne’s other big passion is condom vending machines.  Determined to have condoms accessible in the community 24/7 so that young people can always engage in safer sex practices, Anne even had a machine installed at a petrol station.

“All the studies overseas show that where you have condoms, you get a reduction in disease.  And we believe that’s the case in the NT as well.  But it’s a challenge to keep them there.  I’ve been trying to get community people to fill the condom dispensers and take some sort of ownership for it.”

While many criticise the strategy when children pull out condoms and literally rubbish the streets with them, to Anne it’s a positive thing.  At least they are out there!

Closely entwined with family violence and alcohol abuse, the sexual health crisis in Australia can be viewed as another effect of historical trauma, beginning with the introduction of sexually transmitted diseases after invasion.   A great distrust developed between Aboriginal people and health professions, with hospitals being seen as places to die rather than heal.  Hence, we see today the reluctance of people to seek help.   Anne’s work is testament to the commitment of NT Health to try to close the gap; to meet people on their terms in their health or healing journey; and to incorporate the wellbeing of the whole person into their practice – physical, social, emotional and cultural. Anne Davis, Sexual Health Co-ordinator at NT Health.
“I’m in primary health care, in a unique position, the only one of it’s kind in the Top End.”