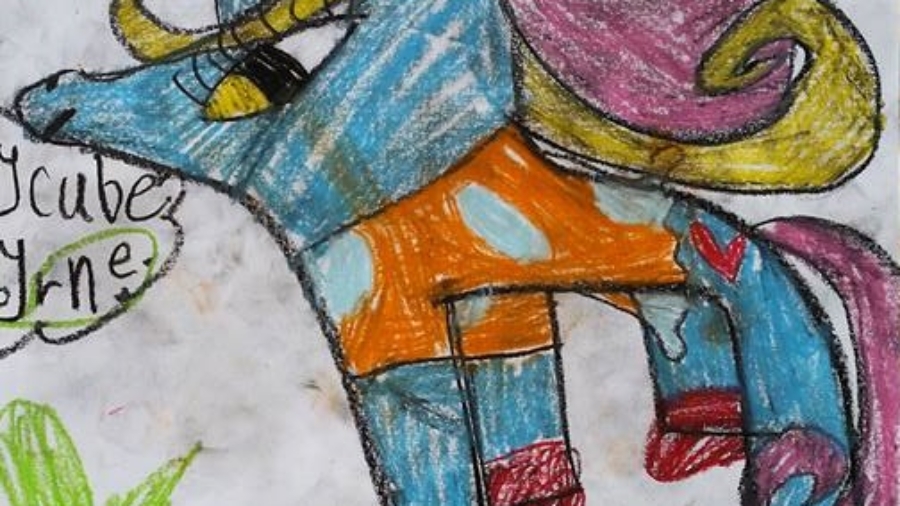 The Northern Territory is over-represented when it comes to Aboriginal children in out-of-home care.  And despite the Aboriginal Placement Principle being adopted, many Aboriginal children still find themselves placed with non-Aboriginal foster carers because they continue to be removed from their families and there are not enough Aboriginal carers.  Not surprisingly, after all the trauma these little tikes have been through, it can be a battle for the Department and the Carers to make the placement work.  Often these children haven’t been able to build a trusted relationship of attachment to their primary carer because of traumatic events in the family, let alone the strange adult they now live with.

Last week I was invited to participate in the Foster & Kinship Care Expo hosted by Foster Carers Association of the NT.  I decided to engage the children in a fun drawing activity which foster and kinship carers could later take home and use to explore their relationship together.  It goes something like this. Children are asked to think about if they were an animal, what kind would they be? If they get stuck, I discuss with them the different characteristics of animals. Some are shy and quiet, others are happy and excited, while some are wild and angry. You get the picture! They are invited to then draw the animal that most closely resembles them, using their choice of drawing materials. I had crayons, pastels and textas available. I encourage them to fill in the whole page, drawing the habitat that the animal finds itself in on a daily basis. At the expo, some children chose to do several animals describing the different parts of themselves. Others, chose to include family members or friends represented by different animals in their picture.

The kids had lots of fun, but the real work happens later. Foster carers were invited to use my Take Home Sheet which offered ways of interviewing the child about their picture. You can learn a lot about what is going on for your child by talking to them through the animal eyes, so to speak.   It is much easier for Aboriginal children to speak in third person through telling a story, than talking directly about their own experience and feelings.

At home, foster carers are also invited to draw an animal picture. This can be used to explore the relationships between the two animals, how well they get on, and what needs to happen for the animals to trust each other. Having this one-on-one time with the child, is a purposeful and meaningful way for the child to build a connection, using the safety and playfulness of their imagination. These kids deserve our full attention so avoid any chance of distractions like turning off your mobile.

If you’d like to read more about the questions to use when talking to children, download my Take Home Sheet here Build Relationships and Connection for Foster Carers and their children.

In my counselling work, I’ve written fictional stories with children about different animals and other characters, that is based on their own experiences. It’s a beautiful way to be able to help them communicate what they haven’t been able to express before. And help them make sense of what happened along the journey!

Never underestimate the power of play as a tool to share difficult experiences, communicate feelings and strengthen relationships!